Widely regarded as one of the best and most influential actors of all time in the history of Indian cinema. The illustrious career of Bollywood megastar Amitabh Bachchan has spanned over a decade and a half. He started his career in 1969. He has been regarded as the “Emperor or Emperor of Indian Cinema”. He is respected by his fans all over the world, and this popularity continues to grow with each passing year. Even at the age of 77, he is busy as ever and enthralling millions of his fans with his performances.

Amitabh Bachchan kundali is weird and contradictory in nature. Despite the all-important Raja Yoga in this chart, there are some peculiarities and contradictions for the students of astrology. Amitabh Bachchan’s birth chart is Aquarius Ascendant and Moon is in Libra and Swati Nakshatra.

Ascendant lord and 12th house lord Shani is situated in the fourth house in Taurus, which is a favorable sign for Saturn, but Saturn is Retrograde.

Jupiter, the lord of the second and 11th houses, is situated in the sixth house in Cancer, which is its exalted sign.

Mars is the lord of the 3rd and 10th houses and is situated in the 8th house in Virgo. It is situated there in conjunction with Sun, Mercury, and Venus.

Venus is the lord of the 4th and 9th houses and is situated in Virgo, which is its debilitated sign. Venus is situated in the eighth house but is creating ‘Neech Bhang Raj Yoga’, due to which its weakness is destroyed, and it is firmly located in his birth chart.

Mercury is the lord of the 5th and 8th house, and it is situated in the 8th house in its exalted sign, Virgo.

Moon is the lord of the 6th house and is placed in the 9th house in Libra.

Sun is the lord of the 7th house and is placed in the 8th house in Virgo.

Rāhu and Ketu are situated on the seventh and first houses respectively.

The eighth house is not considered good in the birth chart. In the birth chart of Amitabh Bachchan, four planets i.e. Sun, Mars, Mercury, and Venus are in the 8th house.

The lord of lagna is retrograde.

The lord of wealth and income house is situated in the sixth house, but it is situated only at 0.32 degrees.

Mars and Mercury both combust under the influence of the Sun.

Rāhu and Ketu are situated in 1-7 axis, which is not considered good.

Venus is a Yogakarak in Aquarius ascendant but it is in its weak position. The planet Mercury is also combust in the chart.

Hence, his high level of success and fame at first glance seems to have nothing to do with checking his chart, however the exaltation of Mercury and the presence of certain Yogas in his horoscope gives respect to his chart.

Jupiter is the lord of wealth and lord of Labh house in his horoscope. Jupiter is exalted in his birth chart. Because of this, he did not have to struggle much in his life.

In Amitabh Bachchan’s birth chart, Jupiter is located in his constellation ‘Punaravasu’, which states that he got a good job after completing his education.

Acting career of Amitabh Bachchan According to Astrology

In the birth chart, the ability to learn, talent, means of earning, etc. is seen from the fifth house. The lord of their fifth house, Mercury, which is situated in its exalted sign, is looking at the house of wealth. This Mercury is also considered the signification of speech. From this, we can easily say that good Mercury has an effect on his wealth, talent, and speech.

His 11th house (house of success and profit) lord Jupiter is situated in the exalted zodiac. He is also looking at the second i.e. money house from his ninth aspect. Having the sight of the guru on the money house is considered auspicious for a good financial position.

Venus, the lord of the 4th and 9th house, is a yoga karaka planet and his aspect is also on money house. Venus is also the factor of creativity, talent, and beauty, having Venus in Hasta Nakshatra which is of Moon has given Amitabh Bachchan artistic ability.

Due to his success in the film, he is known as the ‘Shahenshah of Indian Cinema’. If we look at his chart, we can clearly see that he has 4 planets in his 8th house, which is not a good place to have a successful tenure in life. When 4 planets are in the 8th house, it creates a conflict situation. But Buddha is situated in his exalted sign Virgo. If we examine the constellation of Mercury, we find that Mercury is in Shubh Chitra Nakshatra, whose Lord Mars is also the lord of the 3rd and 10th houses, so the 10th house will naturally help with this activation. 2nd and 11th house lord is in exalted sign. This is making their financial position strong.

Many types of Raja Yoga are being made in Amitabh Bachchan’s Horoscope. Here we are sharing with you the information about some very special Raja Yoga and Dhan Yoga being made in his birth chart.

Here we have shared the birth chart of Amitabh Bachchan with you, in which we have given information about the analysis of birth magazine and the yoga being made in it. 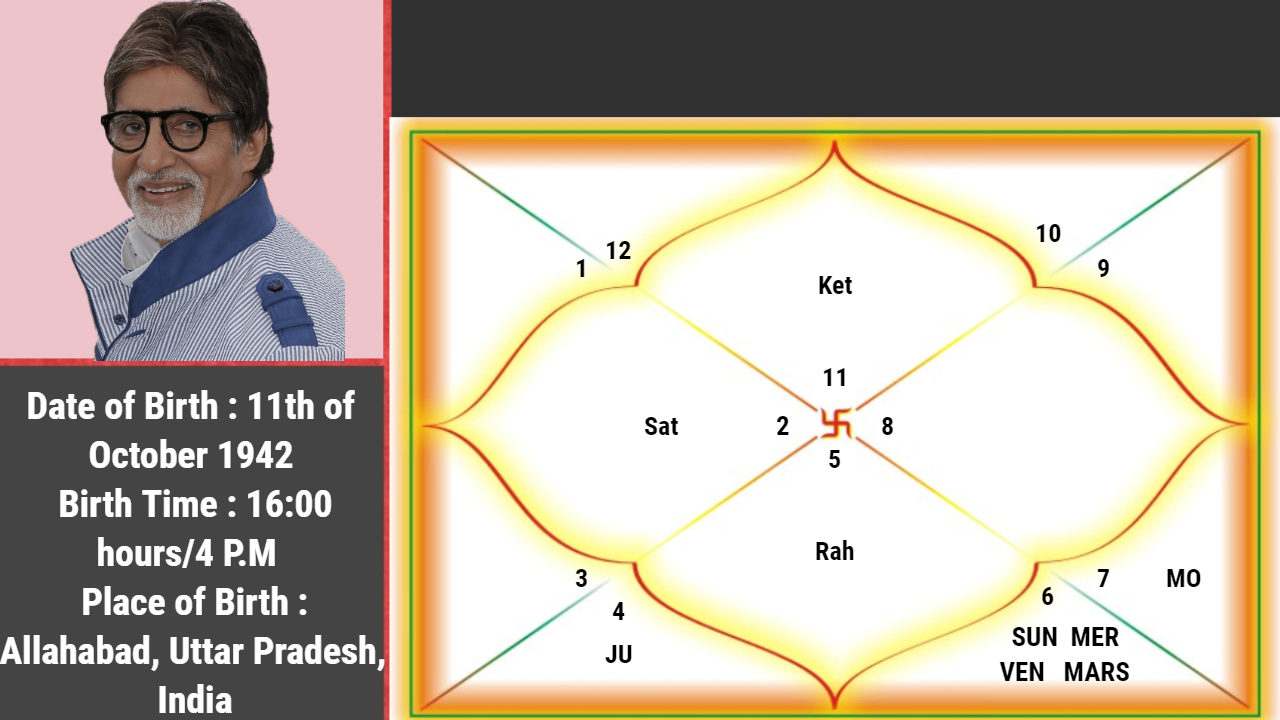 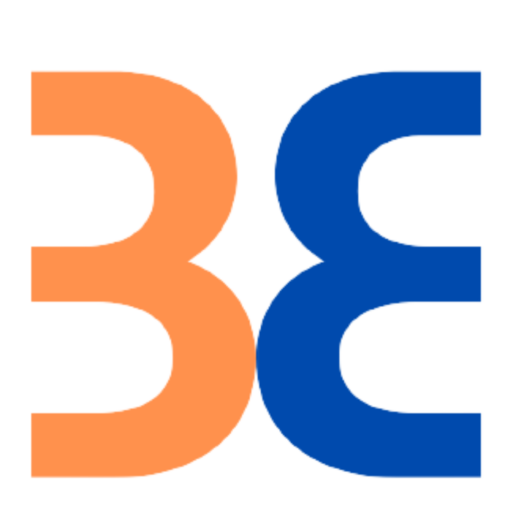